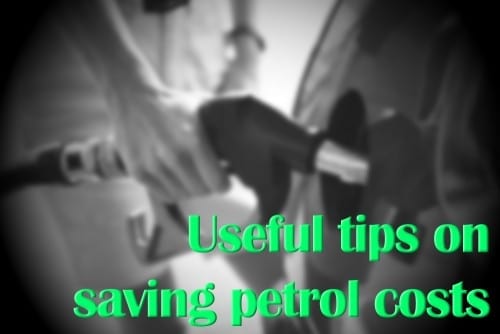 Useful tips on saving petrol costs; – assuming you are already searching for the cheapest petrol in your area online at www.petrolprices.com  and driving ‘fuel aware’ with less ‘hard-braking’ to save fuel:

*Only buy or fill up your car or truck in the early morning when the ground temperature is still cold. Remember that all service stations have their storage tanks buried below ground. The colder the ground the more dense the petrol, when it gets warmer petrol expands, so buying in the afternoon or in the evening….your litre is not exactly a litre. In the petroleum business, the specific  gravity and the temperature of the petrol,  diesel and jet fuel, ethanol and other petroleum  products plays an important  role.*

*A  1-degree rise in temperature is a big deal for  this business. But the service stations do not have temperature compensation at the pumps.*

*When you’re filling up do not squeeze the trigger of the nozzle to a fast mode If you look you will see that the trigger has three (3)
stages: low, middle, and high. You should be pumping on low mode, thereby minimizing the vapours that are created while you are pumping. All hoses at the pump have a vapour return. If you are pumping on the fast rate, some of the liquid that goes to your tank becomes vapour. Those vapours are being sucked up and back into the underground storage tank so you’re getting  less worth for
your  money.*

*One of the most important tips is to fill up when your Petrol tank is HALF FULL. The reason for this is the more Petrol you have in your tank the less air occupying its empty space.  Petrol evaporates faster than you can imagine.  Petrol storage tanks have an
internal floating roof. This roof serves as zero clearance between the Petrol and the atmosphere, so it minimizes the evaporation. Unlike service stations, every truck that is loaded is temperature compensated so that every litre is actually the exact amount.*

*if there is a petrol truck pumping  into the storage tanks when you stop to buy  Petrol, DO NOT fill up; most likely  the petrol is being stirred up as the Petrol is  being delivered, and you might pick up some of  the dirt that normally settles on the  bottom.*