Shooting films on a SmartPhone 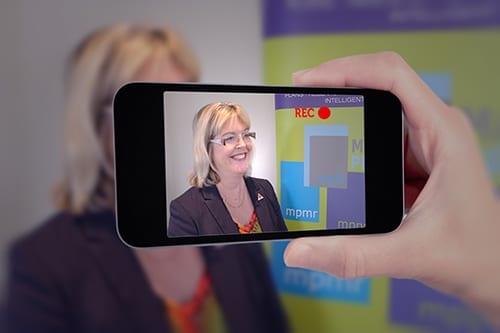 Online videos are an essential part of marketing in today’s age of social media and digital.

1.8 million words equate to one minute worth of video, according to Dr. James McQuivey of Forrester Research.

An opportunity missed? Are you making the most out of online communications?

On average, a professionally produced 3 minute video made by a film production company costs between £5,000 and £10,000. Prices are very variable even with a tight, simple brief and we would always encourage you to speak to us first but if you really have no budget to hire someone to do video marketing, how can you ‘go it alone’?

New smartphones can put a HD video camera into your hands at all times, ready for that extraordinary moment or occasion. You can produce a great video in a short time frame and on a very low budget. (Or you could always ask us to edit your footage afterwards).

The quality of the smartphone can vary with better lenses or higher resolution but it’s the quality (or lack of) of the person making the video that counts the most.

If you need to go it alone Mark Kaye, Marketing Projects’ Head of Media has produced 8 simple tips, which will help you achieve the best results when producing a video on your smartphone.

One of the most common errors that smartphone cinematographers make is filming a scene whilst holding their phone vertically. Even though this is tempting (after all your phone has been built to be used this way) however, when you come to view your footage on a TV or computer you’ll either have to tilt your head sideways, or you’ll be faced with the dreaded pillar-boxing look. Always remember your TV is horizontal not vertical!

A well-lit video gives the overall look of your video a massive improvement. Bright lights make everything look better. This point is emphasised even more so when producing a video on your smartphone. Often the best form of light is the natural kind, so if the opportunity presents itself, make sure you film outside. For the best results make sure you shoot out of direct sunlight. Watch out for shadows over faces or your feature object.

A common problem that we’ve come across is the appearance of the blurry pink blob from the side of the frame; the edge of your finger obscuring the lens. Always make sure that you’re holding your phone comfortably and that you’ve made sure the lens is completely clear before you start recording.

This is another common problem involving a finger! We would suggest finding out where the microphone is on your smartphone and make sure that you keep it clear and uncovered whilst you’re recording. It’s no good if you’ve recorded a well-framed, well-lit shot to discover you’ve got a muffled audio recording.

Whilst still on the subject of audio, it’s important to make sure the environment you’re shooting in is suitable. Many smartphones don’t have microphone inputs and the internal microphones aren’t often the best quality. To overcome this I would suggest recording in a quiet space and try to keep the smartphone as close to the subject as possible. Avoid high winds!

With your smartphone being so compact and light, it makes it a lot easier to give yourself an unsteady shot whilst recording. To avoid this you can invest in a cheap tripod, or simply make one yourself – another use for a selfie stick. If you’re budget is really tight, then simply hold the smartphone whilst resting your elbows on something solid.

Once you’ve filmed your video on your smartphone, the next step is to edit it together. The beauty of smartphones is that you don’t need to upload it onto a computer. You can simply do the editing on your phone. As an iPhone user I’ve found iMovie very simple to use, and at £3.99 it’s hardly going to break the bank.

Finally, once you’ve made your video and edited it (still using your smartphone), you can upload it onto YouTube. With the YouTube app, you simply log into your account and follow the upload instructions. Thus, you’ve now filmed, edited and uploaded your video to the Internet.

Remember, it’s all about the content. A great story shot on a smartphone is worth more than a poor story shot and edited by Hollywood on a £50,000 camera.

Contact Marketing PRojects for support on the edit, the shoot AND the story.